If you’re having issues with Facebook Messenger on your iPhone right now, you’re not alone.

An annoying bug is affecting typing inside the app. Some users on iOS devices are finding that the app is freezing after they type a couple of words in a chat bubble, but other apps are working fine. The glitch obviously makes having conversations through Messenger more than a little difficult.

TechCrunch’s own Josh Constine was hit by the problem and he founded that closing and reopening the app didn’t fix it. Likewise, other users tried deleting and reinstalling Messenger but all to no avail, the bug persisted.

Facebook confirmed to TechCrunch that it is looking into the issue, but for now there’s no word from the company on what is causing it and how it plans to fix it.

Messenger is one of the world’s most popular apps with over a billion active users. The issue isn’t affecting everyone, but enough of them to make the problem visible on Twitter, where some went to vent their frustration. 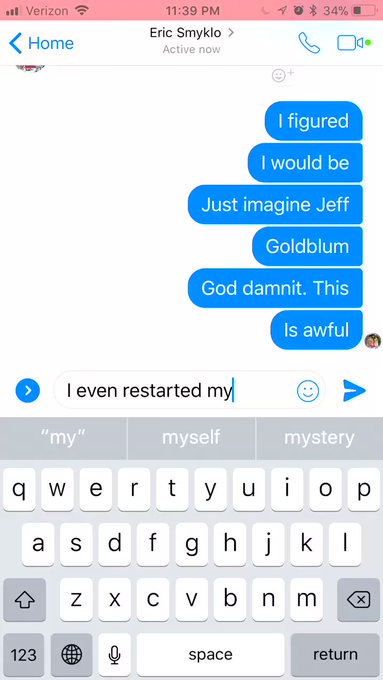 Messenger counts over one billion users thanks to some impressive growth, but it is planning some changes this year. David Marcus, who heads up the service, said this week that it has become too bloated and he plans to put his team to work on decluttering the service to simplify the experience for users.
via Jon Russell at techcrunch
https://precept.it/wp-content/uploads/2018/01/A-bug-is-messing-up-the-keyboard-for-some-Messenger-users-on-iPhones.jpg 415 738 Steve Marr https://precept.it/wp-content/uploads/2019/03/precept-it-PNG-transparent-300x87.png Steve Marr2018-01-18 10:27:332018-01-18 10:27:33A bug is messing up the keyboard for some Messenger users on iPhones

Ledger raises another $75 million to become the leader in cryptocurrency hardware...
This site uses cookies More info
Scroll to top