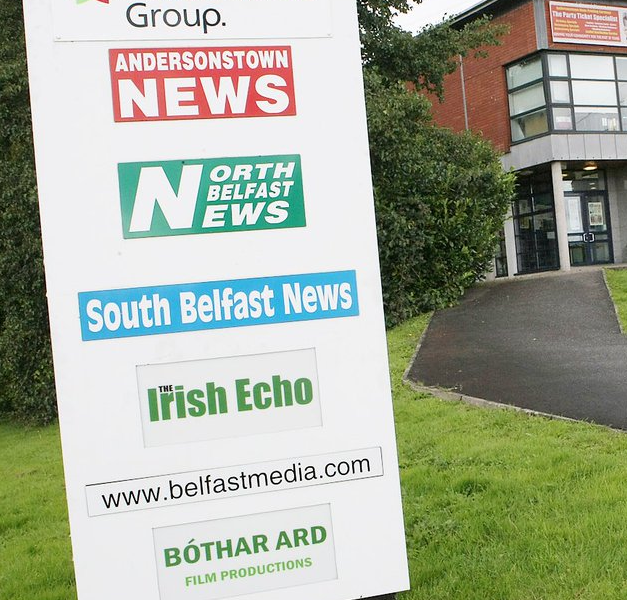 Belfast Media Group (hereafter BMG) are a publishing group, responsible for several local newspapers across the province. When Precept first took up the support role, there were significant issues with the IT infrastructure from its foundation upwards. The environment consisted of a mix of Windows and Apple equipment, most of which was deprecated, exceeding support life span, generally they should be considered legacy. Initially our task was to stabilise the situation, ensure staff could work reliably and securely and move toward more up to date equipment. Key network issues were identified, daisy chained connections and largely obsolete equipment were holding throughput down significantly. To add to this, the broadband connection was early ADSL, with poor long line conditions and an unstable router. On top of the poor network connectivity, the computers were several OS editions behind current and were increasingly unable to update or install required software, some of the equipment dated back to the powerpc processor type. Updating the computers and operating software would not significantly improve working conditions with such poor underpinnings in place. The network cabinets were re-organised, independent power feeds rather than linked power strips put into place, patch panels were rewired to new gigabit rated switches, fed via ups. A leased line was ordered along with a new draytek router, an onsite visit installed the new broadband equipment and cut over the network to use it. Network performance and usability for staff increased dramatically, with resources and files now readily accessible. Email was migrated from an exchange 2008 server to Office365, all staff had their email exported and transferred to the new system and the new email setup on their local devices and phones (when requested). The increased internet speed also allowed a profound improvement in the backup scheme. Where previously usb hard drive “caddies” had been plugged into 2-3 servers in nightly rotation, due to the broadbands lack of stability and throughput, the leased line allowed “streaming” backup to our bespoke solution “think backup”. Several terrabytes of data was centralised in a single backup rotation, allowing the retiring of 20+ external usb drives, upon testing 60% had errors or corrupt backup runs. During this process, the building was wifi heatmapped, low or no signal areas highlighted and a coverage plan recommended. Several ubiquiti UniFi wireless points were purchased, configured and deployed as per the coverage plan, with full remote monitoring and management. Wireless SSIDs were condensed down to usable numbers, rather than a half dozen mish-mashed wireless points and ssids, it became a unified network, all SSIDS and sub company SSIds presented. A proper guest network was established, created in isolation mode, such that any visitor would have internet access (at restricted speeds and filters), but be completely unable to see “into” the network. A decision was made to relocate the main office from the open plan ground floor, to the 1st floor and one large office with several sub offices. None of the areas had sufficient network ports to remap all telephony and data points (file sizes disqualified wifi) . Over the course of a day, 40 cables were run in the main office area, up over ceiling void and back down to the area they were needed. Multiple switches were deployed, with a single data point being used to supply network access to devices, with the majority of the installed wall jacks being used to patch in telephone connections. During this, all users computer equipment was moved to the new location, cabled up and connectioned tested. Multiple new Mac computers were put on order, with our Sales team assisting the client in financing the hardware, a number of laptops and desktop computers, along with the necessary software to carry out their work. Then the Covid19 lockdown, caused significant disruption to the plan, staff were to take their computers home and work remotely. In response to this, Precept setup VPN tunnel access for each machine, endeavoured to check licenses out to each machine, as a stop gap measure. Once the new hardware arrived, it was added to the azure domain, setup for the user with their email and commonly required applications. Subscription deals were worked for licensing, as previously local license servers had been utilised, moving more to a cloud subscription model, including Quark Express and Adobe creative cloud. Equipment was delivered to the site by engineers in nitrile gloves and breathing ppe, staged out and setup with the user remaining several meters distant until completion. At the same time the telephony system was upgraded, replacing a 12 year old PBX “hard wired” system with POE driven ethernet handsets, with a significant yearly cost reduction. Precept has assisted BMG in rising to IT modernity with a structured approach, fixing the foundational issues and being flexible enough to respond to changing needs and developing situations. Covid19 its impact through supply chains and lockdowns presented significant challenges, ones that were met and overcome in order to drive this project home successfully.