GitLab, one of the most popular self-hosted Git services, has been on a bit of a roll lately. Barely two weeks after launching its integration with GitHub, the company today announced that developers on its platform can now automatically spin up a cluster on Google’s  Kubernetes Engine (GKE) and deploy their applications to it with just a few clicks.

To build this feature, the company collaborated with Google, but this integration also makes extensive use of GitLab’s  existing Auto DevOps tool, which already offers similar functionality for working with containers. Auto DevOps aims to take all the grunt work out of setting up CI/CD pipelines and deploying to containers. 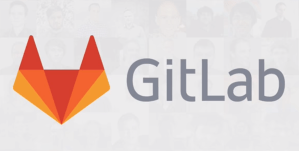 “Before the GKE integration, GitLab users needed an in-depth understanding of Kubernetes to manage their own clusters,” said GitLab CEO Sid Sijbrandij in today’s announcement. “With this collaboration, we’ve made it simple for our users to set up a managed deployment environment on [Google Cloud Platform] and leverage GitLab’s robust Auto DevOps capabilities.”

To make use of the GKE integration, developers only have to connect to their Google accounts from GitLab. Because GKE automatically manages the cluster, developers will ideally be able to fully focus on writing their application and leave the deployment and management to GitLab and Google.

These new features, which are part of the GitLab 10.6 release, are now available to all GitLab users.

via Frederic Lardinois at TechCrunch